2016 Marks the half century that has passed since the brutal assassination of Dr. Hendrik Verwoerd in the House of Assembly, Cape Town, on 6 September 1966. This passage of time not only allows for a new perspective, but provides an opportunity to examine and reassess Dr. Verwoerd’s life and achievements.

Dr. Verwoerd has been unjustly condemned as the architect of apartheid, when it was in fact the official policy of successive Dutch and British colonial administrations. Dr. Verwoerd gave apartheid a new name, a different meaning and dimension and implemented it in a far more humane manner for the benefit of everyone. Separation at social level, mutual co-operation in the economic sphere and scope for the indigenous Bantu peoples to obtain their freedom and independence at their own pace, unhindered by the depredations of the super capitalists and international bankers.

These policies received widespread support throughout all population groups and were a reflection of an economy growing at 6% per annum and a Black unemployment rate of 5%. Amongst Black people Dr. Verwoerd was accorded the highest accolades with the titles of Rapula, the rainmaker who brings the good things in life, and Sebeloke, the protector of the people.

Dr. Verwoerd would not tolerate any interference in the internal affairs of South Africa and it was his determination to destroy the subversive activities of the international money power, which contributed to his demise and the eventual downfall of South Africa. To-day the country is an abject colony of the international bankers and, not surprisingly, experiences the greatest disparity in income distribution in the world. 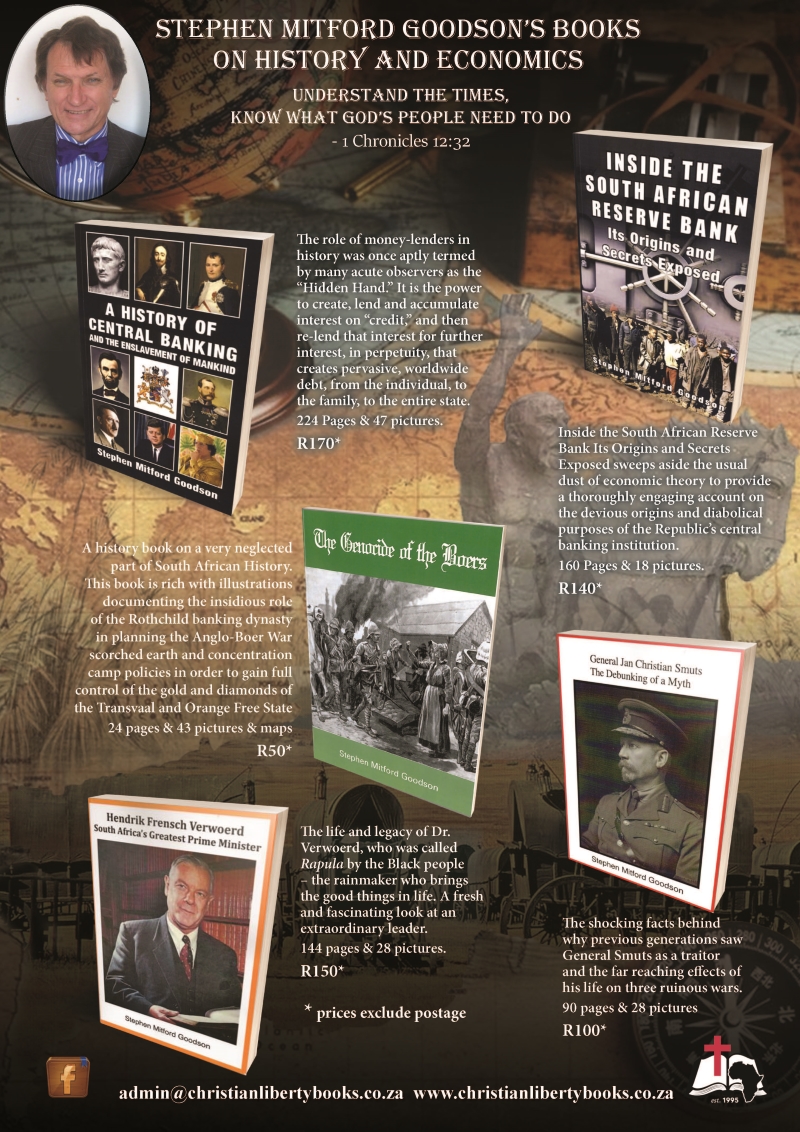